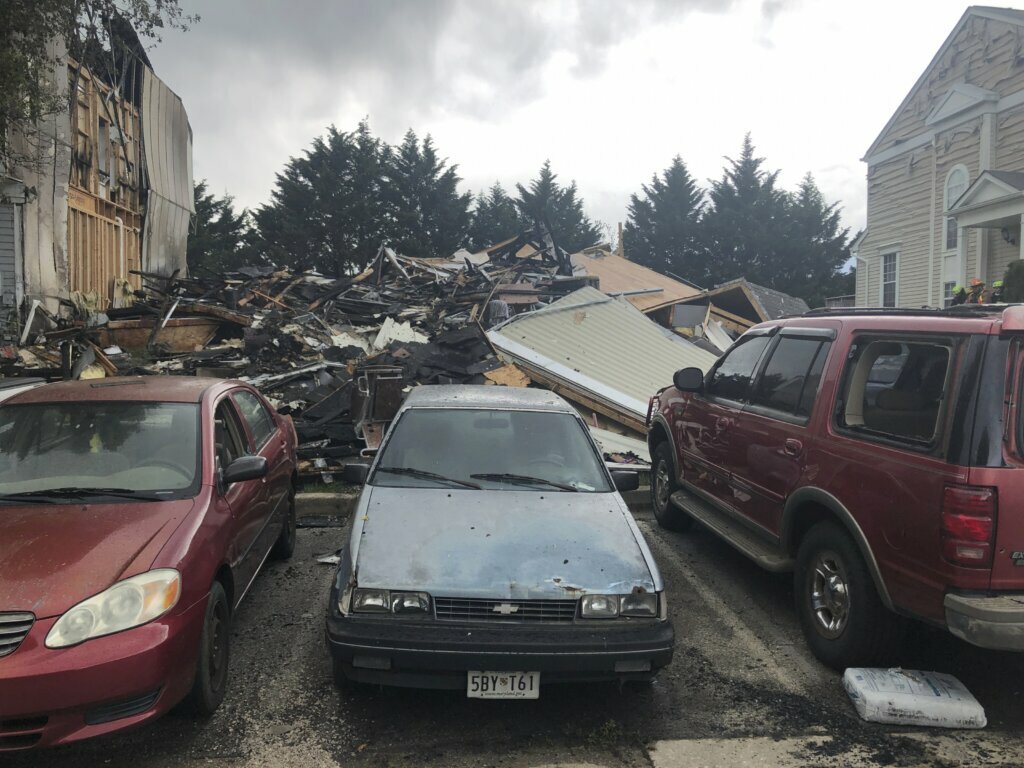 A suspect was shot and killed by police officers after a two-alarm fire and an armed standoff in Woodlawn, Maryland, that left three dead and two injured.

A suspect was shot and killed by police officers after a two-alarm fire and an armed standoff in Woodlawn, Maryland, that left four dead and one injured, according to police.

Baltimore County Police spokeswoman Joy Stewart said at a news conference that officers responded to reports of both a fire and active shooter in the neighborhood in Woodlawn, west of Baltimore, around 6:40 a.m. Police began advising residents to avoid the area around Johnnycake Road and Maury Road around 7:30 a.m. for an “active police investigation.”

According to police, when officers got to the scene on the 7300 block of Maury Road, they encountered an armed suspect and an already-burning fire.

“The suspect was neutralized and [the Baltimore County Fire Department] were able to work the fire,” police said on Twitter.

The fire started in a townhouse and spread to two others, Tim Rostkowski, a county fire department spokesman, said at the news conference. The building where the fire started as well as one adjacent to it collapsed, Rostkowski said, and a third dwelling was heavily damaged.

“We have this fire that happened. We also have this suspect who was armed. How they’re all related, it’s really too early to tell at this point,” Stewart said.

The suspect — identified as an adult male — and two others were immediately pronounced dead following the incident. Police said one person was taken to a nearby hospital, where they were later pronounced dead.

An adult male suffered injuries that police said were not life threatening and taken to an area hospital.

Other than the suspect, two men and a woman were killed as a result of the incident.

Gail Watts, who lives down the street from where the fire occurred, told The Associated Press she went outside around 6:30 a.m. after hearing an explosion. She saw the massive fire and a man she identified as a longtime neighbor standing in middle of the street.

Watts then heard gunfire and saw people running for cover. She said she heard the suspect’s next-door neighbor screaming for help. “And next thing I know I looked out and he had shot her and she was laying on the sidewalk,” Watts said.

Watts, who said she’s lived in the neighborhood for 25 years, said the suspect had been aggressive to neighbors in the past.

“He was paranoid for a long, long time,” she said.

Initially, police said there were two individuals who were ‘unaccounted for,’ but later said they had been located.

Police and firefighters remained on the scene to search for “possible additional victims.”

Police said there is no remaining threat to the community.

The Associated Press contributed to this story.

Get breaking news and daily headlines delivered to your email inbox by signing up here.

© 2021 WTOP. All Rights Reserved. This website is not intended for users located within the European Economic Area.