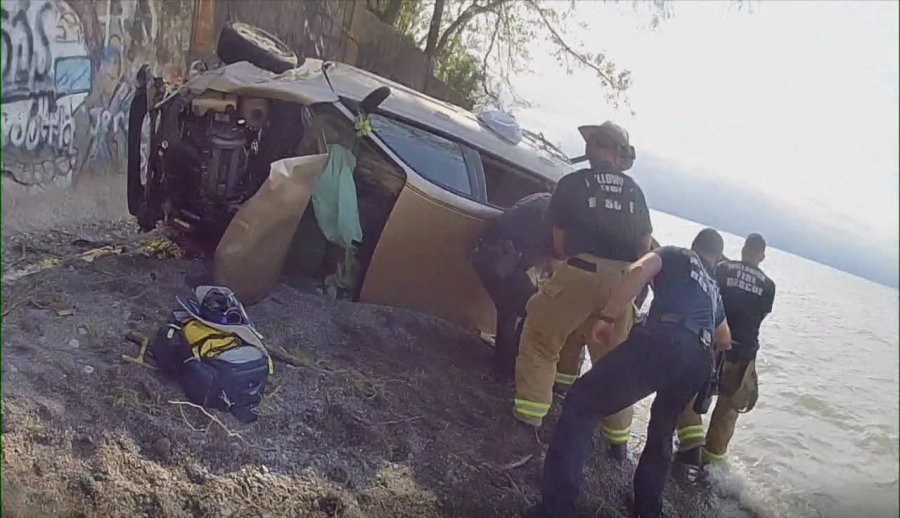 WILLOWICK, Ohio (WJW) – Bodycam video was rolling in Ohio as police were called to the scene of a car that had driven off a cliff overlooking Lake Erie on Thursday.

“The driver went straight over the embankment, which is a 40-foot drop,” said Lt. Tom Henry with the Willowick Fire Department.

Henry was amongst the first on scene.

“The patient was awake, alerting and talking. But it was going to be a challenging extraction,” said Henry.

That’s because the car landed on the driver’s side, and the 90-year-old-driver was still inside.

“The car was right on the shoreline of Lake Erie. As we were actually extracting him from the car, the waves were crashing at our feet,” said Henry.

Henry says mutual aid crews from Eastlake and Wickliffe were called in for the use of their technical rescue team to help remove the driver from the car. Seven firefighters then carried the elderly man back up the 40-foot steep embankment.

Firefighters say the driver was taken by LifeFlight to a nearby hospital with non-life-threatening injuries, treated and released.