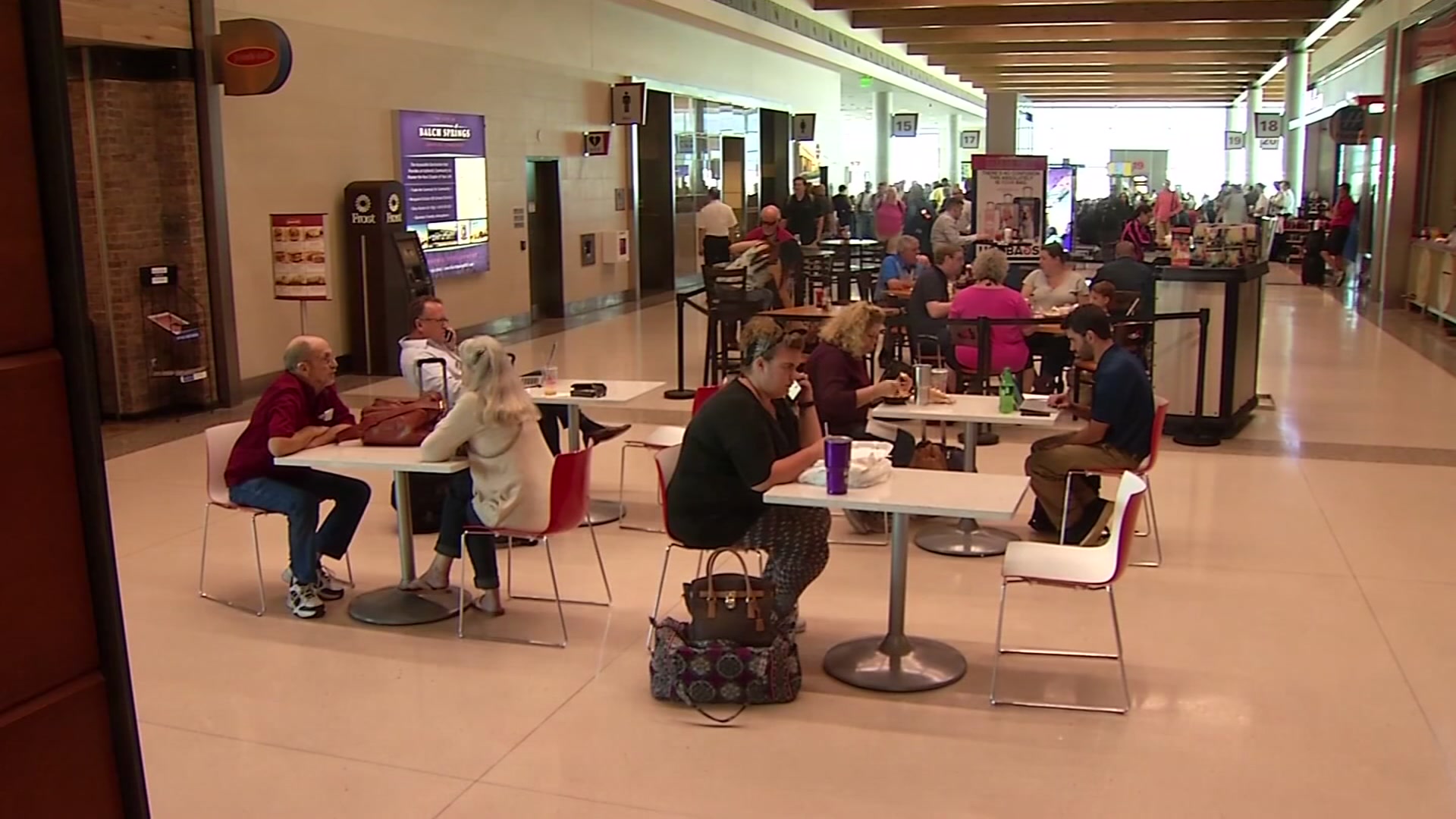 Between vaccines, new CDC guidelines and, more than a year’s worth of cabin fever, airports are buzzing back to life.

But for the businesses that serve travelers, labor shortages are slowing things down.

“In our food and beverage platform, we’re down by about 50% of the people,” said restauranteur Michael Bugatti.

He said hiring’s been tough since last year when restaurants increased capacity after the shutdown.

Now, for the first time, he’s offering $400 signing bonuses for new employees and referral bonuses for current employees who recruit someone new.

So far, it’s not helping.

He said managers have been forced to pick up the slack. And like many of his airport neighbors, he’s chosen to reduce hours, which the airport is temporarily allowing.

“You might not even find 30% of the restaurants open beyond 6 p.m. Or early in the morning, you may only find one or two coffee places and lines are longer,” said Buggati.

DFW said overall, it’s concessionaires’ staffing is down 25 to 35 percent.

Though Love Field didn’t provide specific numbers, it confirmed some of its vendors have closed early due to shortages in recent weeks, too.

The TSA recently announced it needs to hire 6,000 security screening officers by summer.

For those who do plan to travel, the experts recommend arriving early, checking in online and not checking luggage.

“Anything you can do to remain touchless and be prepared is always a good idea,” said CEO of farecompare.com Rick Seaney.

“If it does ultimately end up reducing the number of frequency of flights, it could affect ticket prices as well because there’s a lot of pent-up demand for those, especially warm-weather destinations and leisure destinations,” said Seaney.

Most importantly, he said travelers should pack patience.

For business owners, it’s not as easy. Though Bugatti hopes hiring will get easier with increased unemployment benefits set to expire in September.

“This is getting tougher for us to run businesses and tougher for the travelers to get the service at the airport,” said Bugatti.