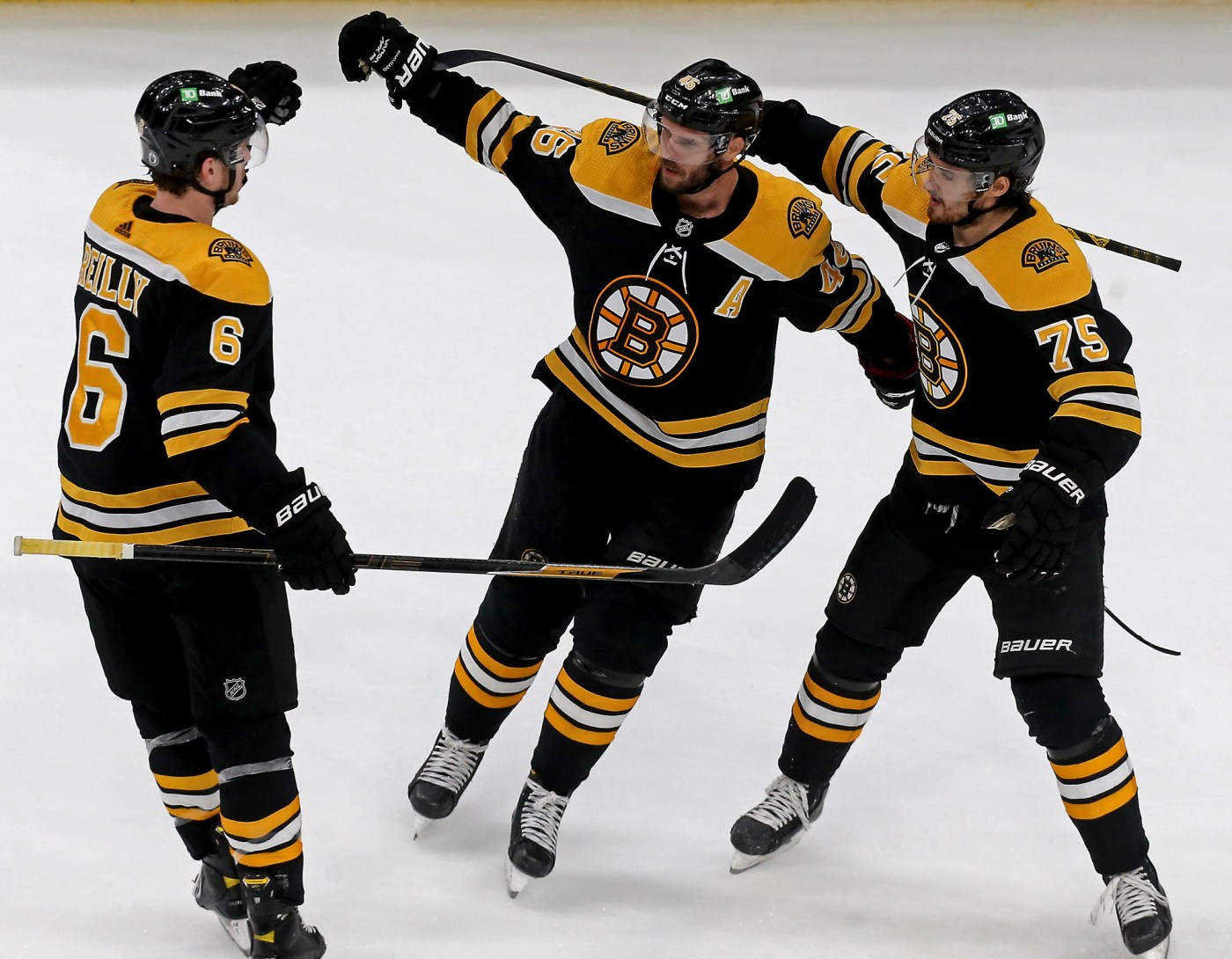 David Krejci has played 962 NHL regular-season games and another 156 Stanley Cup playoff games, all in a Bruins’ sweater. Is that all there is?

Well, the 35-year-old Krejci could not say on Friday. The B’s longtime centerman, whose six-year, $43.5 million contract is up, said he needs some time to think about his future.

Krejci said there had been no contract talks during the season, but added there shouldn’t be anything read into that fact.

“It was, ‘Let’s focus on the season, let’s focus on making the playoffs and make a run,’ ” said Krejci. “It wasn’t because of anything else. And I didn’t want to. I wanted to focus on my game. So I’m going to need a few weeks to think about things. But again, I love Boston, it’s my home. I just don’t see myself playing anywhere else. We’ll see what happens.”

Krejci, who carried the B’s biggest cap hit of $7.25 million, said that if he does sign another deal, money won’t be the driving issue.

“Today I can tell you it’s not going to be about money,” said Krejci. “And at the same time, I can’t see myself playing for a different team, but we’ll see what happens I guess. I don’t even know. My parents ask me and I can’t even give them a straight answer. I just don’t know.”

We presume when Krejci said he can’t see himself playing for another team that he meant another NHL team. When the subject of him returning to play in his native Czech Republic came up, he said he’d still like to do that at some point.

“You guys write a lot that I always wanted to play in Czech and finish my career in Czech. That has not changed,” said Krejci. “But I said that when I was younger. I’m a husband now, I’m a dad with two kids and they’re getting older. So, yes, I still at one point would like to finish my career in Czech for different reasons now than when I first said it. I would like my kids to speak my language because my parents don’t speak any English and my kids don’t speak Czech. I would like them to learn the language. But again, when that’s going to happen or if that’s going to happen, we’ll see. I’m going to try to get away from the game a little bit now, think about some things, spend some time with my family and go from there.”

One thing that was clear was that Krejci was rejuvenated when the B’s obtained Taylor Hall at the deadline and the two were paired with Craig Smith.

“Obviously when we did that trade and I got put together with Hallsy and Smitty, it was amazing,” said Krejci. “It wasn’t just on the ice, they’re such good guys off the ice. Smitty’s the nicest person and I didn’t know Hallsy at all before, but he surprised me. Obviously I knew what kind of player he is, but he surprised me as a person. We would hang out a lot. We got close. We became very good friends and that kind of carries on the ice as well. If you get good chemistry away from the game, then you come into the game and sometimes you don’t have to say anything, you know how that person feels. And he was great. I loved playing with those guys, I loved hanging out with those guys. Had lots of fun the last couple of months, for sure.”

Perhaps Krejci is waiting to find out if Hall, also a UFA, can be signed. The 2010 No. 1 pick again stated his desire to remain in Boston and hoped there was a fit. He also intimated that he could take something of a hometown discount to stay.

“I don’t even know what my value is, at this point. I feel like I had two different seasons,” said Hall. “I’m not looking to absolutely maximize my value at this point in my career. I’ve been fortunate enough to make some good money in this league, and at this point, it’s about more of a fit for me than maybe money, or a long-term thing. You want to find a home for the next few years here and we’ll see what happens.”

Kevan Miller said he passed all the steps that would have allowed him to play in a potential Game 7 that ultimately did not happen. That made it all the more difficult.

“It weighs on you, it’s not easy. You want to be out there with the guys and helping them win. I think I could have helped. Just get one more game. That’s how it goes sometimes, that’s hockey. That’s life. Just have to turn the page,” said Miller.

Miller, who underwent four different surgeries on his knee to be able to play this year, said he will need some time and conversations with his family to decide if he wants to continue playing.

Defenseman Mike Reilly, another UFA who was obtained at the trade deadline, sounded upbeat about the possibility of re-signing with the Bruins.

“It’s mutual between us right now to get something done,” said Reilly, who said there have been some talks. “It’s been great so far. Hopefully something will work out.” …

UFA Sean Kuraly said he and the team have not had talks.