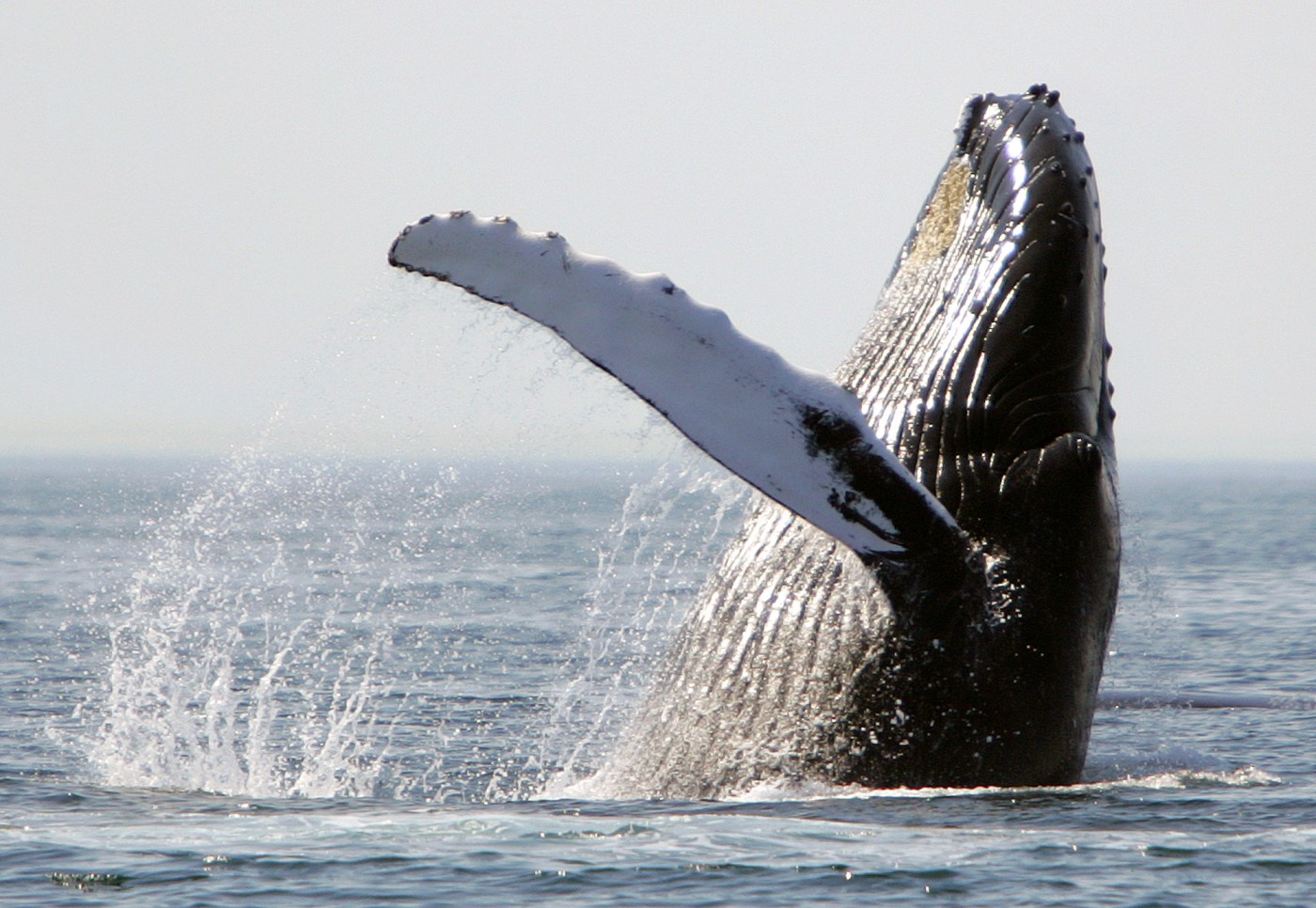 A Cape Cod fisherman is recovering after miraculously emerging without serious injuries after spending nearly a minute in the maw of a humpback whale who mistook him for a snack.

“I was lobster diving and a humpback whale tried to eat me,” fisherman Michael Packard wrote on Facebook.

This salty tale begins innocuously, with the sea captain Packard on Friday morning going looking for lobsters near Provincetown, where he’s from. He dove into the ocean to check a trap — when a passing whale gulped him down.

“He was in a whale’s mouth for 30 to 40 seconds, and then he was spit out,” his mother, local painter Anne Packard, told the Herald on Friday afternoon.

Michael Packard couldn’t immediately be reached for comment as he recovers, but he wrote on Facebook that the whale swam to the surface and spewed him out.

She said he was recovering in a local hospital, doped up to tend to his myriad bumps and bruises, but doing pretty well, all things considered. Medical personnel had suspected he’d broken at least one of his legs, but it appears he escaped even that.

“He doesn’t have any broken bones,” she said. “He’s terribly fortunate.”

She said she’d just talked to him on the phone, and they didn’t get too far into what it’s like in a whale’s mouth.

But she did say, “He said he knew it was the end — he was absolutely accepted it.”

But whales don’t actually eat people, and it ejected him.

“It’s just unbelievable,” she said. She noted that he’d been in a nasty plane crash years ago in Costa Rica when he was fishing there, and was able to walk away.

Michael Packcard has been fishing in the area from his boat, the J&J, for years. No, it’s not named after the coronavirus vaccine maker — it’s after his two sons, of whom neither is named Jonah. Packard previously has worked the waters of Central America and California before circling back to the Cape.

Anne Packard said the last time she talked to him before the whale-consumption incident she’d told him he needs to write a book about all of his weird experiences. But Michael laughed it off; he’s not one for this kind of attention, she said.

But the whale chomp might have made it unavoidable.

“He doesn’t want to make a big deal out of it, but it’s becoming a big deal,” Anne Packard said. “I mean, how many people have been in the mouth of a whale?”