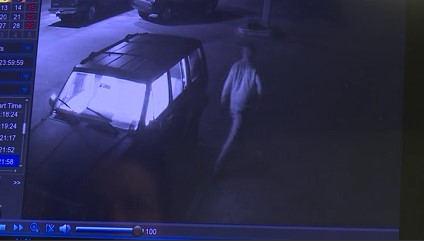 UNION, Mo–The owner of Cars Made Simple, a small used car lot in estimates he’s lost $50,000 in property damage the past 3 years. Ruel Davis said the latest crime involved someone setting fire to 2 vehicles and slashing more than a dozen tires. The totality of the crimes has led him to decide he will be selling his lot and moving back to Washington, Mo where he has done business before.

“We can’t absorb these kinds of loses,” he said.

Union police confirm 3 fires appeared to have been intentionally set Thursday between 1 a.m. and 3 a.m. The nearby Agape Thrift Store was damaged and so was a nearby parked vehicle.

“Hopefully, this stops soon,” said Union resident Christian Strubberg. “I don’t want my house burned down for any reason.”

Union Police announced late Friday a suspect was taken into custody.  Darek Michael McMahon is charged with Arson 2nd degree and knowing burning or exploding.  He’s jailed in Franklin County on a $50,000 cash only bond.

Davis said previous incidents have included back windows of SUVs shot out with a BB gun. He credits police for their efforts.

“The police have caught whoever did it every single time,” said Davis. He believes those committing these types of crimes should face tougher penalties.

Anyone with information should contact the Union Police Department at 636-583-3700.