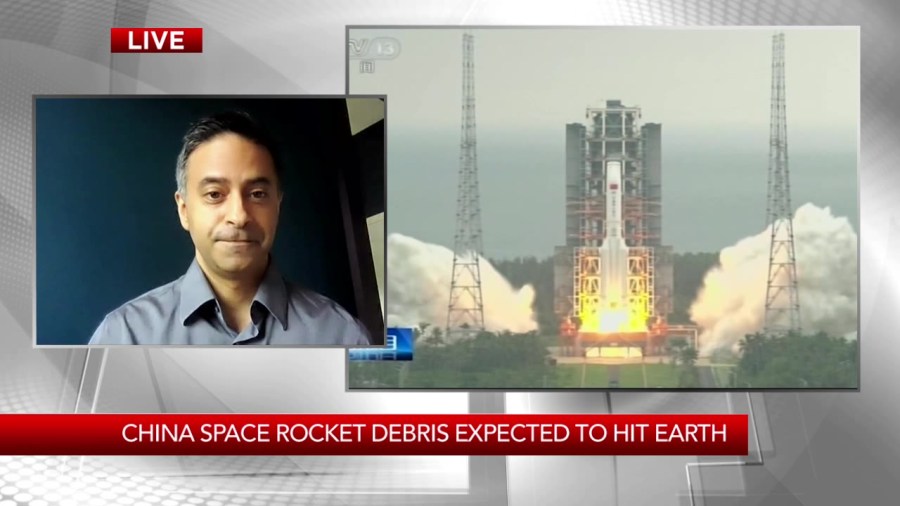 BERKELEY, Calif. (KRON/ AP) – China says the upper stage of its Long March 5B rocket that launched the core module of its space station will mostly burn up on re-entry, posing little threat to people and property on the ground.

The largest section of the rocket that launched the main module of China’s first permanent space station into orbit is expected to plunge back to Earth as early as Saturday at an unknown location.

“What is odd and concerning about the Chinese space program is that, unlike other rocket launchers, they purposely decided to not put in the time and engineering effort into controlling their first-stage reentry,” Tripathi said.

China’s space agency has yet to say whether the main stage of the huge Long March 5B rocket is being controlled or will make an out-of-control descent.

Last May, another Chinese rocket fell uncontrolled into the Atlantic Ocean off West Africa.