“Why does Miami-Dade mess up so many bid offerings?

“Equally vital, what should the county do when it does foul one up?

“These questions aren’t theoretical. They apply to real offerings of planned contracts that constantly languish somewhere between a county call for a partner and a deal that actually gets done.”

The above may sound familiar. It is, word for word, the start of this column of Nov. 21, 2013, as the county was in the midst of a bid controversy like two it faced last month. They remind us that Mayor Daniella Levine Cava is not the only county mayor to stumble badly in trying to restart complex bidding procedures that had already been concluded – or at least, so the bidders thought.

Unfortunately, this year’s stumbles simply add to county bid battles that wind up costing not only the bidders but also taxpayers millions – a cost that we pay even in perfectly done procurements, because businesses that get jerked around wind up bidding far higher on everything for the county.

There’s no need to rehash the most recent mess, which took another twist Friday when the mayor reversed her weeks-earlier call to reject all bids on a $33 million airport construction contract and give losing firms another chance. She now says she’ll just negotiate with the two top bidders, as both had agreed to do before she decided to start over so she could let losing firms play again.

In battling for that contract, lobbyists for all the top bidders play major roles, the Miami Herald has reported. But it shouldn’t matter which lobbyists recently raised money for the mayor or commissioners because neither the lobbyists, the commissioners nor the mayor ever should have been involved in contract awards in the first place. 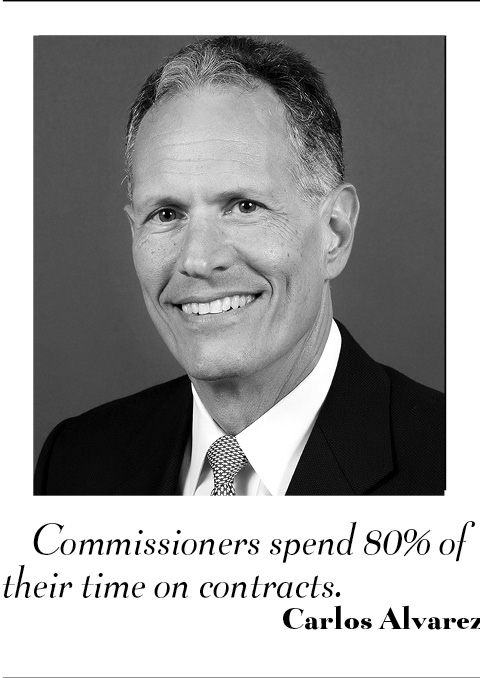 In fact, it may seem that the only reason elected officials are ever involved in county contracts is to accommodate lobbyists, friends, relatives and donors. While it’s fine for elected officials to help their friends by overspending in private life, it’s not fine when they are doing it with taxpayers’ money.

Far be it from us to suggest which bidders should win any contract, including the two most recent complex examples. That decision should be made not by us, nor by the mayor, nor by commissioners, but by the county’s procurement team – and yes, the county does have experts who are on nobody’s payroll but the taxpayers’. They are the people who study every detail in contract offerings with the county’s wellbeing in mind and should be deciding who wins. 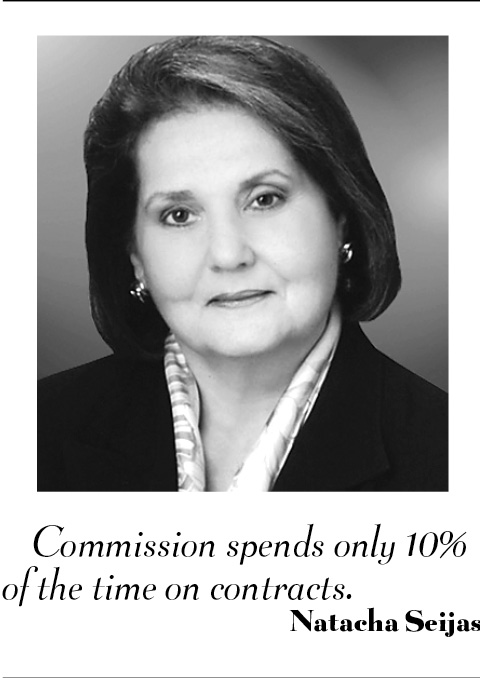 Because the final decision goes to commissioners and the mayor, however, all sorts of unrelated issues get tossed in. The mayor in this case said she wanted to start over because the process started under former mayor Carlos Gimenez and didn’t focus on her key concerns of resiliency, diversity and workplace safety. “Moving forward,” she wrote Friday, “we expect all companies seeking to do business with the county to reflect those core values.”

Because the procurement that began before she was elected didn’t reflect her values, she wanted to start the game over – a bidding process that could wind up costing the bidders millions of extra dollars. Didn’t she ever hear of deciding who wins a game based on rules when the game started?

As we wrote in our 2013 critique of county bidding:

“There often seems to be a flaw, real or perceived, in bid procedures or execution and the county finds a reason not to cut a deal.

“As commissioners recently noted, that costs the county little but leaves businesses holding an expensive bag of absolutely nothing in return for a lot of labor in making bids.

“What commissioners have not noted is that after businesses repeatedly expend time, effort and money to prepare, submit and lobby (because lobbying is a near must to win a county contract) in hopes of a deal that ultimately falls apart, bidders build extra fees into every county offering to recoup those expenses several times over.

“So taxpayers routinely overpay because businesses pay more than they should to win a bid in the first place. When someone pays, it’s taxpayers who ultimately become that someone.

“Even in flawless bidding – yes, some go well – taxpayers pay for businesses to fill out many affidavits and forms to comply with county demands to prove that they do not discriminate, follow labor laws, don’t do business with the wrong nations, have proper mixes of employees, and contribute to the right elected officials (OK, I made the last one up – I hope).

“Among the requirements, the bid meetings, the lobbying, a system that hands extra points to locally based companies, and then the chance that the county will reject every single bid and change course, why would anyone bid? Many figure that doing business with the county isn’t worth the price. Just be glad some do.”

That doesn’t happen at the state level because the governor and the Legislature don’t get involved with awarding contracts: state professionals do.

That doesn’t happen at the federal level because the President and Congress don’t get involved in contracts: federal professionals do.

If the mayor and county commission want Miami-Dade to award contracts based on criteria they choose, they should put the criteria into law and let the county’s professionals follow the law to award the contracts.

My choice for vital county core values starts with value to the taxpayer, but lawmakers are within their rights to choose any values that can get a majority vote for legislation, understanding that every “core value” that costs a business money will cost the taxpayers that amount additional, plus an added percentage for profit.

The more core values we add, the higher the cost to taxpayers. The more we tilt the playing field to favor those who reflect our “core values,” the fewer potential winners and the higher each remaining firm can bid. Knowing that, elected officials can make whatever demands of bidders they choose.

But don’t remake the rules halfway through the game, as the mayor tried to do this time and her predecessors in office or the commission have done time and again.

One thing is certain: if professionals choose the winners there will be no need for every bidder to pay lobbyists or make campaign donations or wine and dine commissioners or find mega-yachts to take them out on, thus automatically lowering bidding costs and saving taxpayers money.

Bidders need to see a county seriousness of purpose. Capriciousness in contracting has been costing taxpayers big money for years.

When former mayor Carlos Alvarez in 2004 criticized procurement by saying commissioners spent 80% of their time on it, he was rebuked by then-commissioner Natacha Seijas, who said she studied 10 years of commission records and it was really only 10%.

Maybe so, but still that’s exactly 10% too much time. The county, the business community and taxpayers would all benefit economically from true procurement reform that provides a level playing field for all bidders and no room for do-overs, even to add “core values” or help friends and campaign donors.