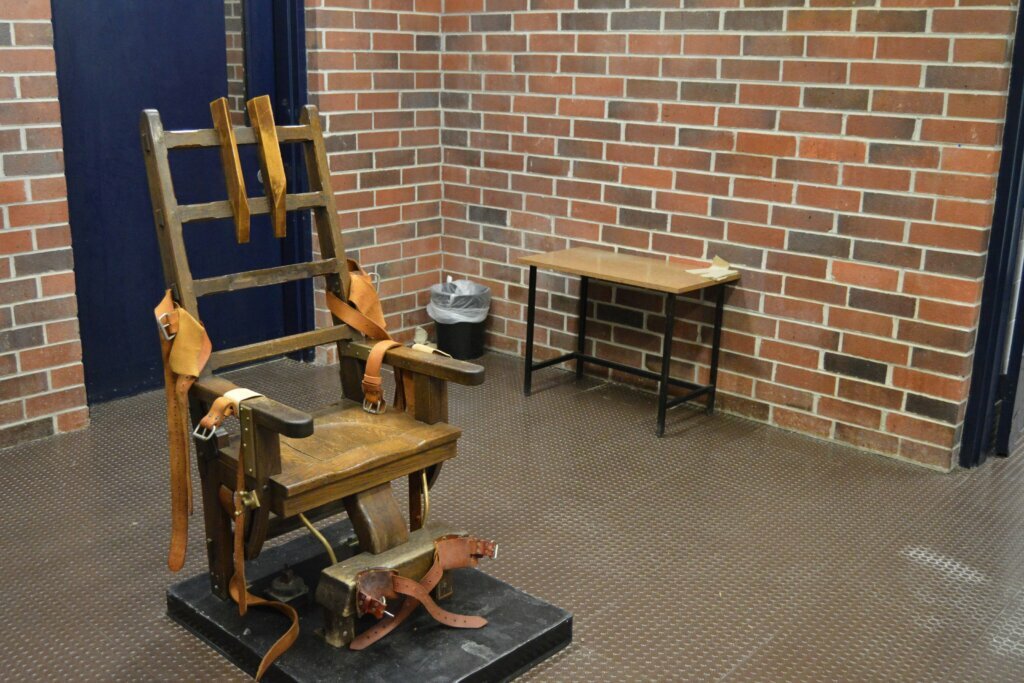 U.S. District Judge Bryan Harwell issued the decision to let the executions of Brad Sigmon and Freddie Owens continue after their attorneys argued in court that the state hasn’t exhausted all methods to procure lethal injection drugs.

Their executions were scheduled less than a month after the passage of a new law compelling the condemned to choose between electrocution or a firing squad if lethal injection drugs aren’t available. The statute is aimed at restarting executions after an involuntary 10-year pause that the state attributes to an inability to procure the drugs.

Prisons officials say they still can’t get ahold of lethal injection drugs and have yet to put together a firing squad, meaning Sigmon and Owens would die in the state’s 109-year-old electric chair.

Attorneys for the two men have argued that death by electrocution is cruel and unusual, saying the new law moves the state toward less humane execution methods.

In his Friday order, the judge wrote that the men have failed to clearly show that electrocution violates the Eighth Amendment, citing more than a century’s worth of federal court precedent. In addition, they failed to show that death by lethal injection through a single dose of the drug pentobarbital would “significantly reduce a substantial risk of severe pain,” Harwell wrote.

Harwell’s refusal marks a second blow against the inmates in their legal attempts to secure a reprieve. A state judge evaluating a lawsuit over the new death penalty law also declined to halt the executions earlier this week. The prisoners are also seeking reprieves from the South Carolina Supreme Court.

Lawyers for the state have maintained that the U.S. Supreme Court has never found electrocution to be unconstitutional. The state’s attorneys said the federal challenge is duplicative of similar claims made in a lawsuit filed in state court, and the prisoners cannot continue to repeatedly delay their executions through lawsuits.

Both Sigmon and Owens have run out of traditional appeals in the last few months, leaving the state Supreme Court to set and then stay their executions after the corrections agency said it still didn’t have lethal injection drugs.

The South Carolina Supreme Court reset Sigmon’s execution for June 18 after prison officials indicated the state’s electric chair was ready for use. The court scheduled Owens to die a week later, on June 25.

Sigmon, 63, was convicted in 2002 of killing his ex-girlfriend’s parents with a baseball bat in Greenville County.

Owens, 43, was first sentenced to death in 1999 for the shooting murder two years earlier of a convenience store clerk during an armed robbery, also in Greenville County. He changed his legal name to Khalil Divine Black Sun Allah in 2015, according to court filings.

South Carolina is one of eight states to still use the electric chair and four to allow a firing squad, according to the Death Penalty Information Center. Prison officials have not indicated a timeline for when the firing squad will be up and running, though they have said they are researching how other states operate their squads.

South Carolina’s last execution took place in 2011, and its batch of lethal injection drugs expired two years later. There are 37 prisoners awaiting death in South Carolina, all of them men.

Liu is a corps member for the Associated Press/Report for America Statehouse News Initiative. Report for America is a nonprofit national service program that places journalists in local newsrooms to report on undercovered issues.