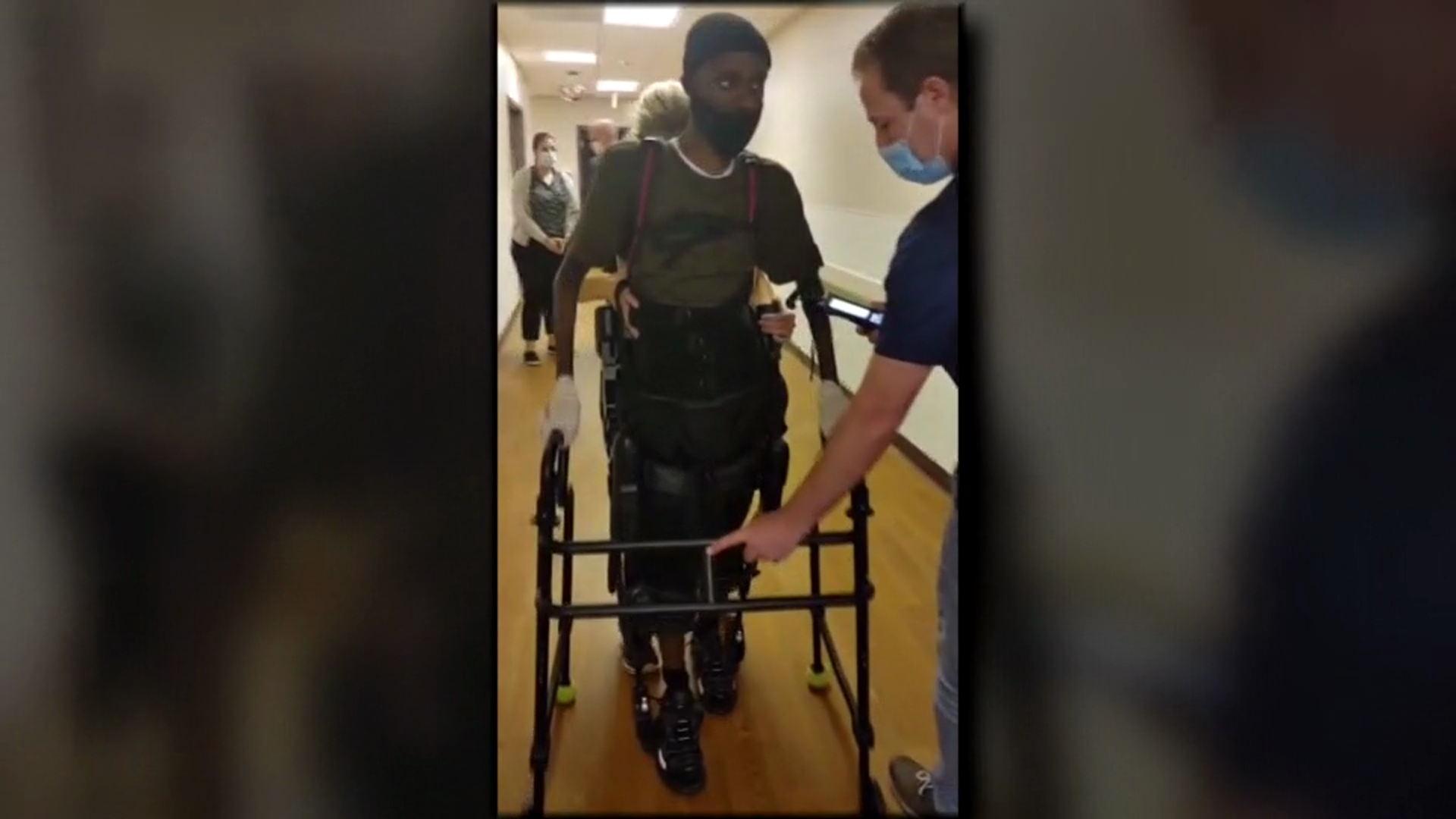 It’s been twelve years since former DeSoto football player Corey Borner became paralyzed during spring practice. Yet, somehow, he always knew he’d walk again. And he did just that this week.

Corey Borner remembers how that day in 2009 started. He was on his way to school.

“It was a regular day. I was headed to the bus stop. I had to come back home because I left something in here,” he said.

He got what he needed and ran out of the house, with his mom strongly suggesting he’d better make the bus.

That was until this week. Twelve years after the life-changing moment in 2009, Borner took his first steps. His mother, Charlotte Borner, right where she’s always been cheering him on.

To understand the triumph, you must understand the journey. His paralysis happened during spring football practice at Desoto High School. Borner went for a tackle and didn’t get up.

“Twelve years since you haven’t taken a step. That’s a long time,” he said.

He said it took about a year to come to grips with his new reality. Then one day he said a prayer under the tree in his front yard.

“God football is over with,” he said. “What’s next? What’s my plan B? What you have for me planned next?”

His path has been crystal clear since then. From that point on, Borner said he knew his mission was to share his story as a motivational speaker.

“Regardless of how hard it gets, we’re going to find a way,” he said.

And he did find a way, taking more than 500 steps with the help of an Esko Bionics machine this week. It’s wearable technology that helps patients regain mobility.

So, what’s the secret behind his motivation and optimism? What propels his ability to find a way?