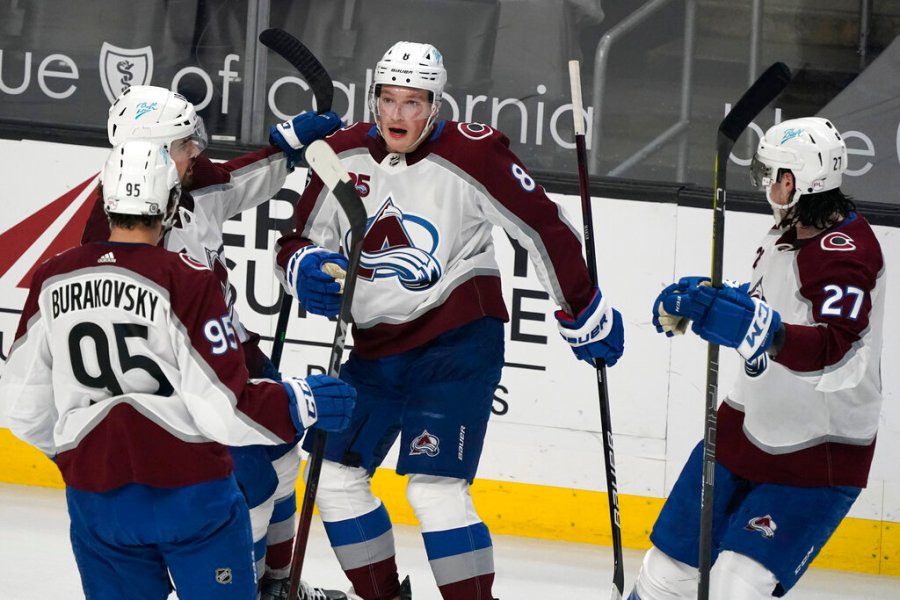 DENVER (KDVR) — Cale Makar scored a goal and an assist, and Andre Burakovsky had two assists in Colorado’s 3-2 win over the Los Angeles Kings on Friday night.

LA struck first with a goal from Brendan Lemieux just over two minutes into the game. Mikko Rantanen’s 30th goal of the season was a one-timer from Makar at 5:49 in the first period, tying the game at 1-1.

The Kings scored late in the third to make it 3-2 but couldn’t put another past Philipp Grubauer before the final horn sounded. Kings goalie Calvin Petersen faced 37 shots from the Avs.

Nathan MacKinnon was not in the lineup due to a lower-body injury.

Colorado sits third in the Honda West Division while the Kings were officially eliminated from the playoffs in the loss. The St. Louis Blues earned a point in the overtime loss to the Vegas Golden Knights, securing the final playoff spot in the division.