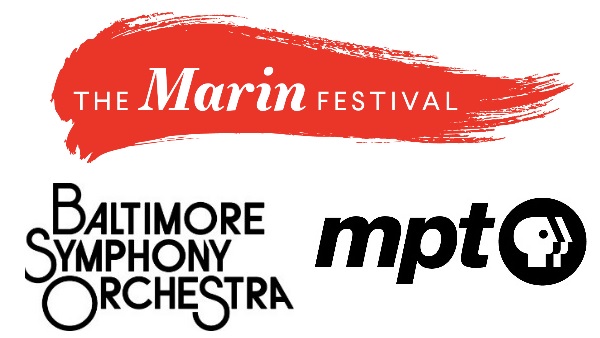 More than 50 Local Organizations Have Joined Effort to Celebrate Statewide

The Baltimore Symphony Orchestra (BSO) invites the community to join its celebration in honor of outgoing Music Director Marin Alsop by participating in The Marin Festival and its culminating gala event on Saturday, June 19. More than 50 local organizations from across the state are offering special menus, discounts, and products in honor of Alsop or serving as official viewing locations for the live gala broadcast, The Baltimore Symphony Orchestra Honors Marin Alsop: A Live Gala Celebration Featuring Renée Fleming, on Maryland Public Television (MPT).

The one-night-only gala event, conducted by Alsop and emceed by BSO Artistic Partner Wordsmith, includes performances by world-renowned soprano Renée Fleming and BSO OrchKids students, as well as a world premiere by Baltimore composer James Lee III in honor of Juneteenth. The live broadcast, including pre-recorded special surprises, is available exclusively on MPT at 8:30 pm on June 19 and will be broadcast throughout the network’s viewing area and online at mpt.org/livestream, and beyond the MPT viewing area via the BSO’s YouTube channel.

At 8 pm, before the BSO Gala Celebration, MPT will air Celebrate: Artworks and the BSO, a special that highlights MPT’s arts programming and promotes the BSO concert show which follows at 8:30 pm. The special’s co-hosts Donald Thoms and Carolyn Black-Sortir introduce viewers to Wendel Patrick, the dynamic new host of MPT’s new arts series premiering this fall. The special also showcases interviews with community arts leaders, including BSO Associate Conductor Nicholas Hersh, as a lead-in to the concert.

Special offers from restaurants, bars, and businesses throughout the state provide fun and tangible opportunities for residents to join in the BSO’s celebrations throughout the festival (May 27 – June 19). Offerings include a curated “Women in Music” section at the Ivy Bookshop, a floral arrangement inspired by Alsop’s signature red cuffs from Flowers and Fancies, and more than two dozen food and beverage promotions, including the Bittersweet Symphony specialty cocktail at Blue Pit BBQ, BSO Beats + Bibb Salad at Atwater’s, and Marin’s Milanese from The Tilted Row, along with Bach-inspired coffee discounts from Vigilante Café and a Sugar Plum Fairy snowball from Ice Queens, to name just a few.

On June 19, residents can join fellow fans in celebrating Marin’s accomplishments and experiencing the gala concert together by visiting the participating “Watch While You Eat” bars and restaurants, or by heading to an official community viewing hub, including National Harbor, the lawn at the Rotunda, the AFI Silver Theatre and Cultural Center, New Spire Arts Stages, and the Allegheny Arts Council. An interactive festival map detailing all festival partners, special offers, and community viewing hub details is now available at BSOmusic.org/FestivalMap.

Patrons are also able to enhance their at-home viewing experience on June 19 through a special Dinner and a Broadcast promotion involving a multi-course food menus and drink pairings from Founding Farmers and The Center Club. Pickup locations and advance orders are available at BSOmusic.org/DinnerAndABroadcast.

While the gala is virtual, residents can see themselves in the MPT broadcast audience. Personalized cardboard cutouts are on sale through Salute From Your Seats, a campaign to fill all 2,443 of the Joseph Meyerhoff Symphony Hall’s seats. Proceeds benefit BSO OrchKids and orders are accepted through June 11 at BSOMusic.org/SaluteSeats.

Other events during The Marin Festival: