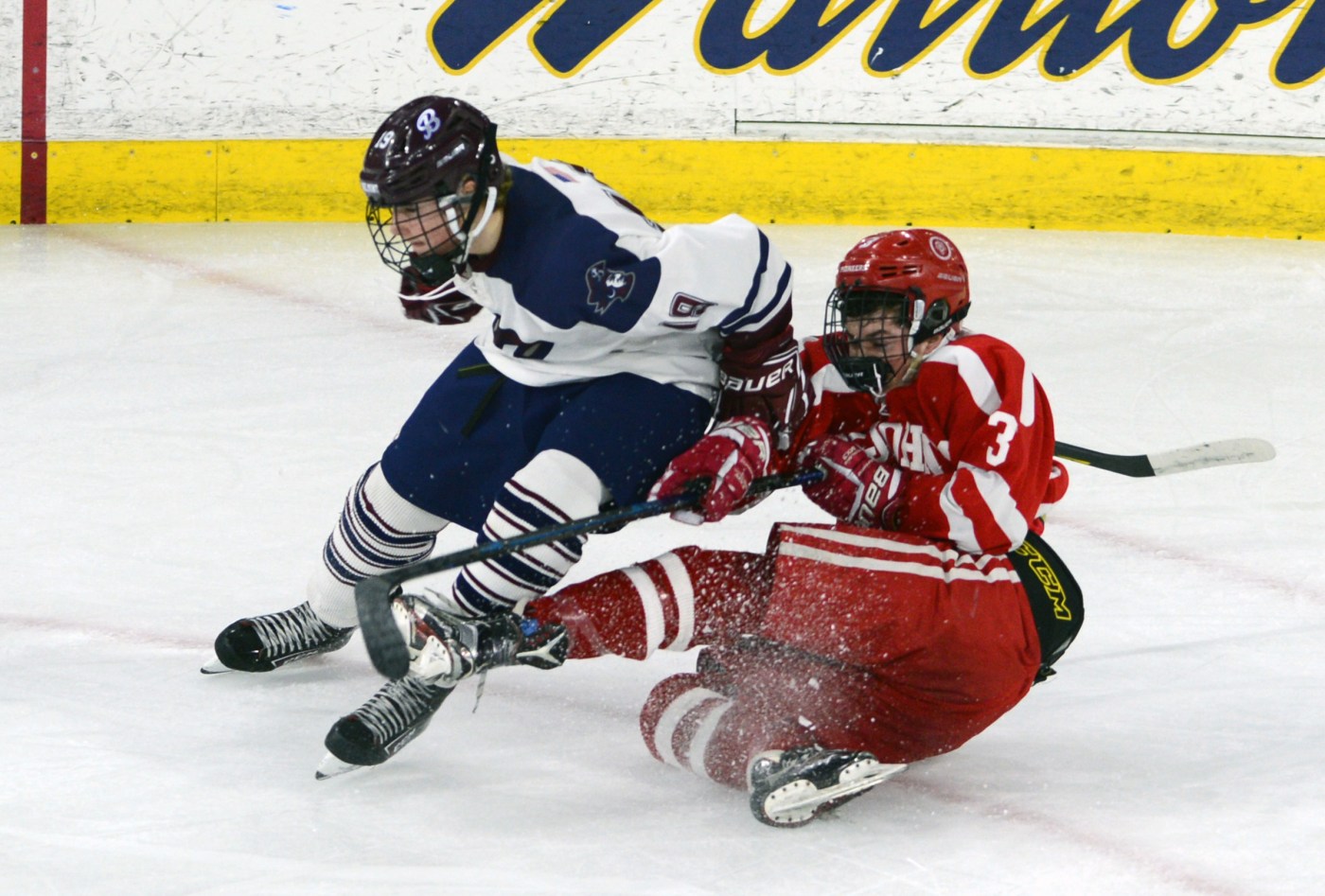 With the status of the Div. 1A tournament still unresolved, the MIAA Ice Hockey Committee went about the business of finalizing the rest of the 2021-22 tournament format on Friday morning.

Much of the discussion centered around the challenges of hosting with the new statewide configuration. Starting next winter, the first three rounds will all be held at the higher seed before moving to neutral sites for the state semifinals and final.

Capacity parameters have been set for host teams. A venue must be able to hold at least 250 people for the first round, 500 for the round of 16 and 1,000 for the round of eight, all of which are subject to approval from the tournament director.

If the host-team site is not acceptable, the athletic director of the higher seed may find a suitable site. If that is not possible, the lower seed would host, or if neither can be satisfied the tournament director will select a venue.

One significant change to the format is that each team will be awarded one timeout in overtime for tournament contests. Previously, timeouts were not permitted.

With optional 17-minute periods being one of the two new rules supported by the committee that have been adopted for next season, it was clarified that periods in all MIAA tournament games will remain at 15 minutes.

All Div. 1A, or Super 8, information and criteria was removed from the format as the tournament remains in limbo, although MIAA liaison Richard Pearson was quick to note that it could be restored.

For now, the Super 8 is on pause for a four-year period of evaluation. An ice hockey subcommittee continues to work with the TMC to sort through the issues involved to try and get it reinstated, although a solution is needed that works for all sports when it comes to the question of Div. 1A tournaments.

In addition to the optional 17-minute periods, the other new rule to pass was five-minute, four-on-four overtime during the regular season, which had been a pilot program and only utilized by a few leagues, but will now be the standard across the state.

Teams that win in overtime will receive two points and the losing team zero. If the game is still tied at the end of OT, the game is a tie and each team will receive one point. Regular-season tournaments that require a winner to move on must use the five-minute OT period first, but can request to play to a winner afterward, with both teams receiving one point.

Pearson also pointed out the winter alignment proposals have been posted to the website and that schools wishing to appeal their placement — of which there are expected to be many — have until the end of the next week to do so.

Before the meeting adjourned, Oakmont principal Dave Uminski, who is retiring at the end of the month, was recognized for his valuable service to the committee.

“You were a tremendous colleague and your guidance was unmatched,” said Lowell athletic director and committee vice chairman Dave Lezenski.

“You very effectively represented students across the board and were very clear and eloquent about ice hockey with your coaching experience and as a principal,” said Pearson. “Well done.”