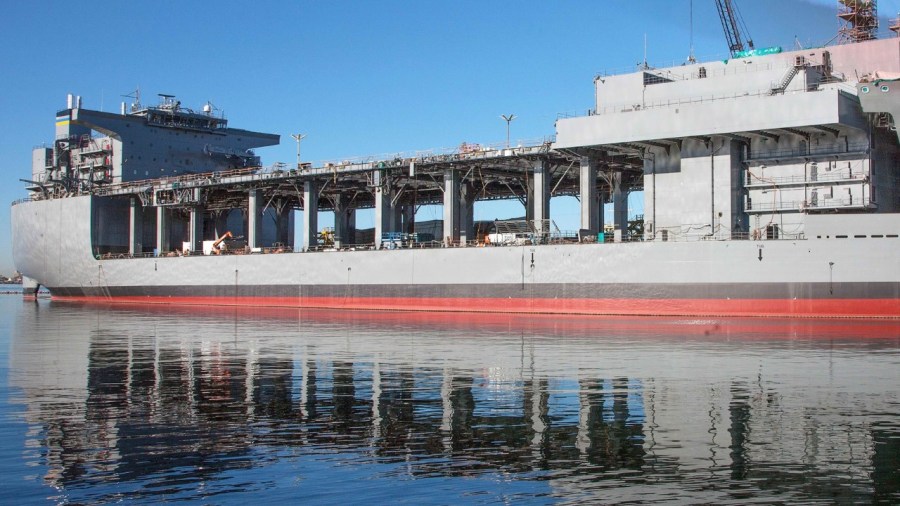 Due to public health and safety concerns related to the COVID-19 pandemic, the ceremony was private with a limited audience.

The 785-foot-long ship was built in San Diego by General Dynamics NASSCO and was delivered to the Navy on Nov. 15, 2019.

Eliadora Delores Keith, Keith’s mother, was the ship’s sponsor. She watched the live-stream event from home and delivered remarks in a recorded video statement.

‘We’re devastated’: Sister of woman found dead in trash can pleads for answers

“I’m so happy they still remember Miguel,” she said. She followed time-honored Navy tradition when she gave the order to “man our ship and bring her to life.”

Some of Miguel Keith’s family members, including two brothers, attended the ceremony while others in the family watched the live-stream event from home.

Miguel Keith was a U.S. Marine who posthumously received the Medal of Honor for heroism in Vietnam.

Despite being severely wounded during combat in Quang Ngai Province on May 8, 1970, Keith advanced on a group of about 25 enemy attackers, killing three of the enemy advancing on the command post and causing others to retreat for cover. He was wounded by a grenade during the charge.

“For conspicuous gallantry and intrepidity at the risk of his life above and beyond the call of duty while serving as a machine gunner with Combined Action Platoon 1-3-2, III Marine Amphibious Force, operating in Quang Ngai Province, Republic of Vietnam,” his Medal of Honor citation reads. “Lance Corporal Keith contributed in large measure to the success of his platoon in routing a numerically superior enemy force, and upheld the finest traditions of the Marine Corps and of the United States Naval Service.”

Capt. Troy A. Fendrick, a native of Tempe, Arizona, is the ship’s commanding officer and will lead about 100 military officers and crew, alongside 44 Military Sealift Civil Service Mariners.

USS Miguel Keith is the third Expeditionary Sea Base. ESB was previously known as Afloat Forward Staging Base. These vessels are flexible platforms providing logistics movement from sea to shore supporting a range of military operations. The ESB is designed around four core capabilities: aviation facilities, berthing, equipment staging area and command and control.

USS Miguel Keith will be part of the Forward Deployed Naval Force operating from Saipan.