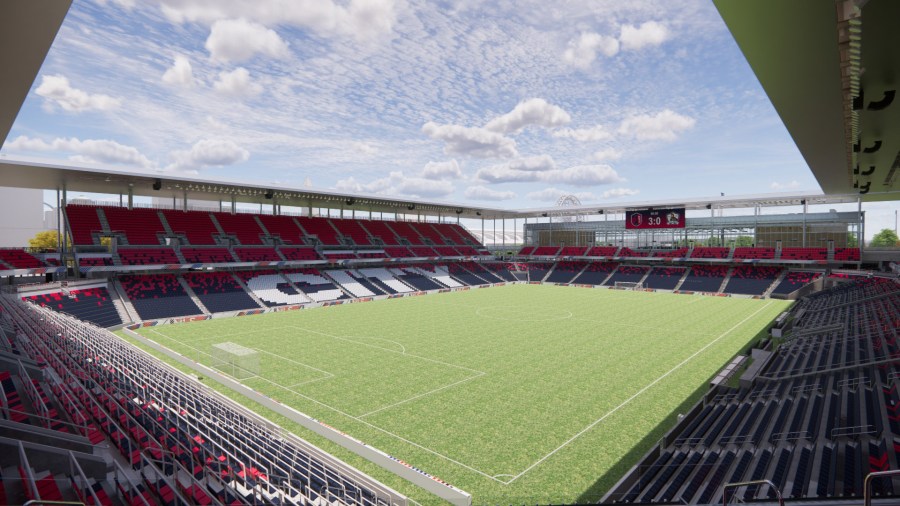 ST. LOUIS, Mo. – What will it be like to go to a St. Louis City SC game at the new stadium? New renderings from the team show several views from inside the stadium bowl and showcase seat designs. The 22,500 seat stadium will be completed in 2022 with the team starting play in 2023.

The red, blue, and white seat colors will contribute to the atmosphere of the stadium. The supporter’s section will feature removable seats. The chairs fold up during matches but can easily be pulled down for other events.

The stadium is also being designed so that every seat will be within 120 feet of the field or pitch as it’s called. The closest seats are just 15 feet from some parts of the pitch.