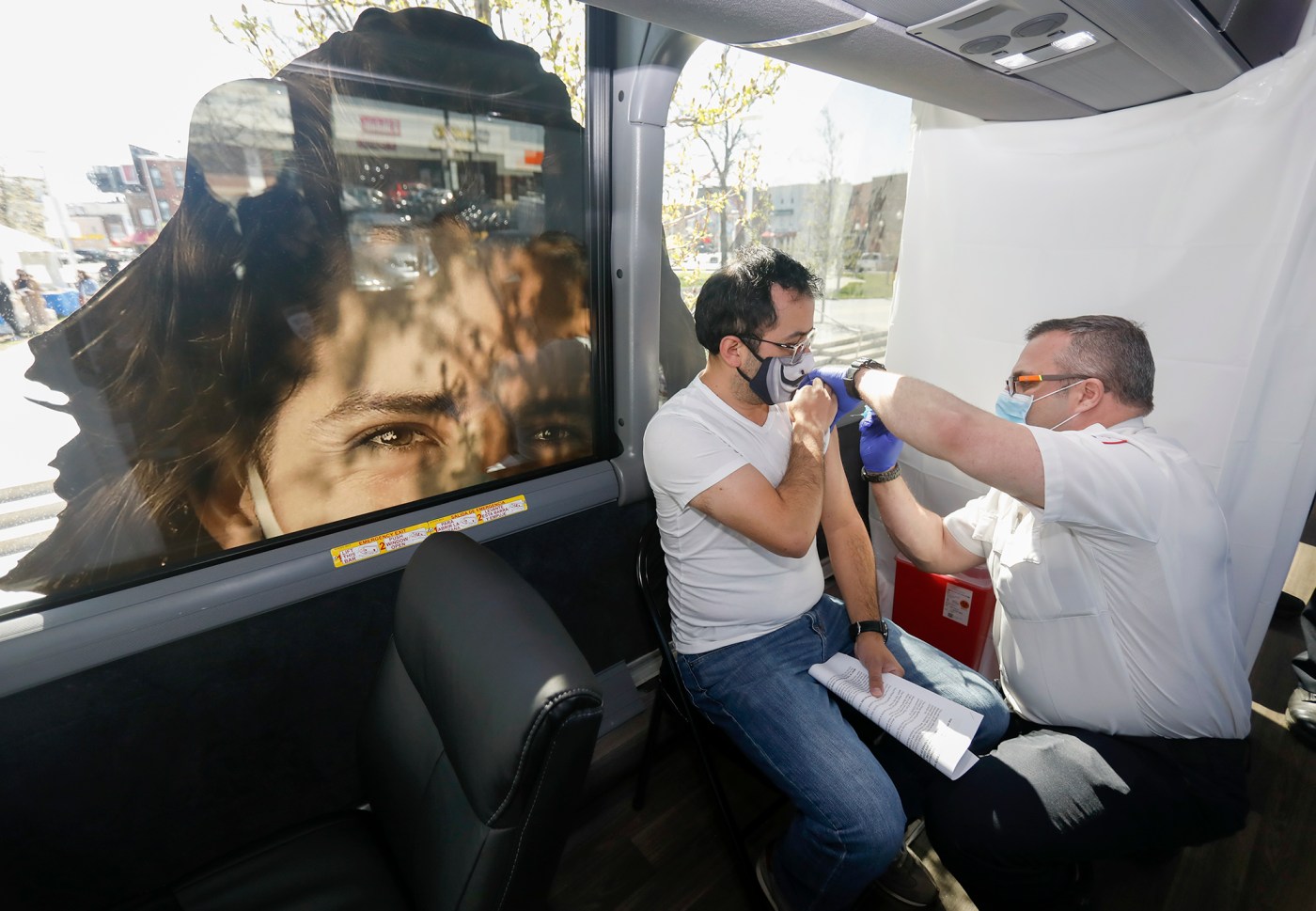 Now the most difficult stage of the state’s vaccination campaign begins.

Gov. Charlie Baker has indicated Massachusetts will begin to “gradually close” its seven mass vaccination sites, which he said have been instrumental in making the state a national leader in the number of residents inoculated.

Four venues —  Gillette Stadium, Boston’s Hynes Convention Center, DoubleTree in Danvers and the Natick Mall — will be phased out by the end of June as the state nears its goal of fully vaccinating 4.1 million residents, Baker said during his regular briefing at the State House on Monday.

“It’s time to adapt our vaccination effort to make sure we get to some of the harder-to-reach populations.”

The state will now focus on mobile vaccination clinics as it “enters this next phase,” according to the governor, which includes doubling the dose allocations to the state’s 20 hardest-hit communities. Mobile vaccination clinics in cities including Boston, Medford, New Bedford, Chelsea, Brockton, Lowell, Fall River and Springfield, already have administered 21,000 doses, Baker said.

Launched in early April, Lowell’s mobile clinics operate under the direction of the city Health Department, in collaboration with A Yankee Line Inc. and Purple Shield Alert, which have partnered to run mobile vaccination units around Massachusetts under a contract with the state Department of Public Health.

Yellow Yankee buses have been completely transformed into vaccination centers equipped with proper spacing and refrigerators to store the vaccine.

Other regional operators are also making headway in reaching vulnerable individuals that up till now have been unable or reluctant to receive that shot.

Leominster seniors Abigail Letourneau and Laura Begoche were two of the nearly two dozen people vaccinated at home on that Wednesday.

“My daughter works in the medical field; she thought it was a good idea at my age,” Letourneau said when asked why she wanted to get the vaccine. She opted for the Johnson & Johnson dose.

At that time, John Chen, president and CEO of Mascon Inc., Mascon Medical’s parent company, said Last Mile, “answering the call to augment COVID-19 vaccinations among the commonwealth’s most-vulnerable communities,” had vaccinated close to 5,000 people since its January rollout.

According to the governor, “mobile clinics have been particularly effective in our equity communities, and to reach people of color,” noting about 60% of the shots administered at the clinics in houses of worship, senior centers and other community spaces have gone to minorities.

The state must now transform its nationally recognized mass vaccination expertise into identifying those population pockets, that either due to language barriers or inoculation wariness, have not joined the nearly 4 million state residents fully armed against this virus.

Beneficiaries of regional programs backed by the state and its private partners, the most COVID-19 vulnerable now will hopefully receive these game-changing vaccines.