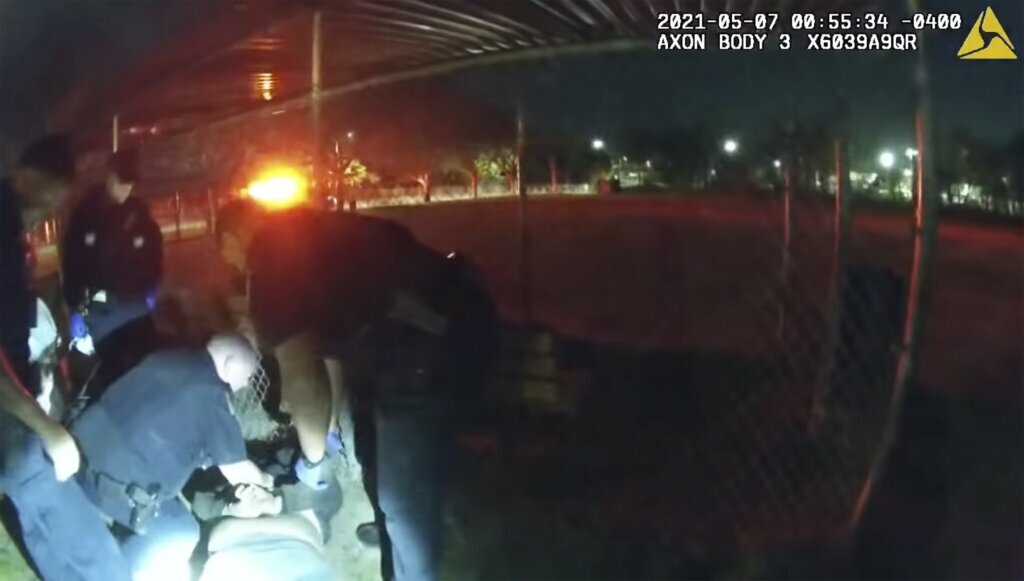 PROVIDENCE, R.I. (AP) — Rhode Island authorities are investigating the case of a man who died after being handcuffed by…

PROVIDENCE, R.I. (AP) — Rhode Island authorities are investigating the case of a man who died after being handcuffed by police in Providence.

Officers were called at around 12:30 a.m. Friday on a report of a man who was screaming in the street and possibly under the influence of narcotics, according to an account by Providence police. They found him groaning unintelligibly as he rolled on the ground next to a ballfield.

The officers called for an ambulance from the Providence Fire Department and spent more than 10 minutes trying to talk to the man and calm him down, but he did not answer questions or follow commands. Then the officers had what police described as a “minor struggle” with the man as they handcuffed him to protect rescue workers.

Body cam video released by Providence police shows that the officers eventually held the man down on his stomach for about 90 seconds while cuffing his hands behind his back. An emergency responder joined them, and then he suddenly stopped yelling and appeared to stop moving.

The camera recorded someone telling him to breathe while another officer said “get him off his stomach, man.” He did not appear to move as he was placed on a stretcher moments later.

He was identified as Joseph Ventre, 34. Police said he was taken to Rhode Island Hospital, where he was pronounced dead at 1:41 a.m.

The death is being investigated by Providence police, Rhode Island state police and the Rhode Island attorney general, which investigates deaths that occur under police custody.