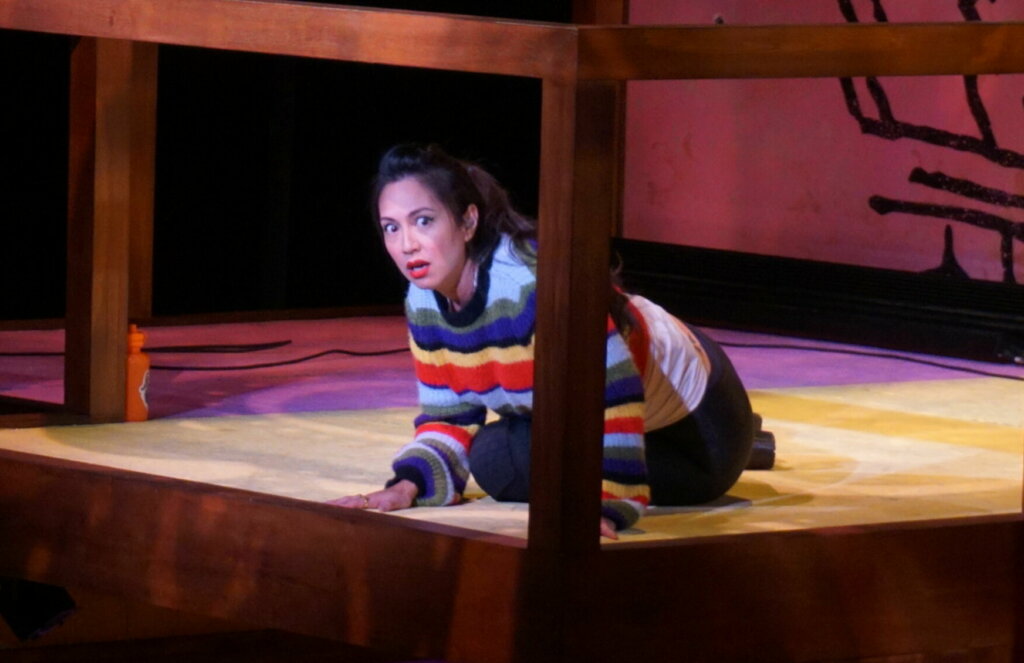 Round House Theatre will return to live in-person shows this fall, but first, you can check out its final spring production, “We’re Gonna Die,” which streams from June 14 to July 11.

Round House Theatre will return to live in-person shows this fall, but first, you can check out its final spring production, “We’re Gonna Die,” which streams from June 14 to July 11.

“The title is pretty sensational and eye-catching, but it is about the fact that we are going to die,” Actress Regina Aquino told WTOP. “It’s a play about what we do when we experience feelings of pain and isolation, how we comfort ourselves, and how we find comfort in each other.”

The play was written by Young Jean Lee shortly after the death of her own father.

“She likes to distance herself from it and say that these are stories from different people,” Aquino said. “They are all real stories. … I assume that they all happened to her; I also assume none of them happened to her. I wanted to approach the text in that way.”

It’s essentially a one-woman show with Aquino playing a character called The Singer.

“It is very different from doing a play with other people,” Aquino said. “I realized how different the first time I had to walk out on stage. … If I dropped a line, there would be no one to help me with dialogue or cues. I just had to trust that I knew everything, which I did, that’s the point of rehearsal, but I had never done a one-person play before.”

She does, however, have support from a backing band, The Chance Club.

“They’re actually more of a rock band, but they can play go-go, so there is go-go in the show,” Aquino said. “The Chance Club has been an existing band for the past six years.”

“The set is absolutely stunning,” Aquino said. “It’s a two-level set with a staircase in the center. The set is divided into five lanes of color. The back walls are covered in D.C. rock band posters like Bad Brains, Bikini Kill … The Wilson Center and Jawbox.”

It rings especially true to her as a DMV native herself.

“I was born and raised in Maryland,” Aquino said. “I grew up in PG County and I currently live in Arlington, so this is my hometown. I have traveled the world … but this is where my whole family lives, this is my community. I love it, I plan on being here the rest of my life.”

Not only does the show capture her D.C. home, it captures her ancestral roots.

“We incorporate my Filipino ethnicity into the show,” Aquino said. “There’s a huge Filipino community here in the D.C., Maryland, Virginia area, so that was very meaningful to me. … The set designer incorporated my Filipino heritage by painting large illustrations of Kalinga tattoos, which are tattoos of a specific tribe in the mountains of the Philippines.”

Such choices made her feel welcome during her Round House Theatre debut.

“This is my first show with Round House,” Aquino said. “Everyone was great and so supportive. It felt like family from Day 1. … It felt like a very collaborative place to be, on top of the fact that we were all just so grateful to be making art together. I commend them for designing a season that made it possible for theater to exist.”

Get breaking news and daily headlines delivered to your email inbox by signing up here.

© 2021 WTOP. All Rights Reserved. This website is not intended for users located within the European Economic Area.