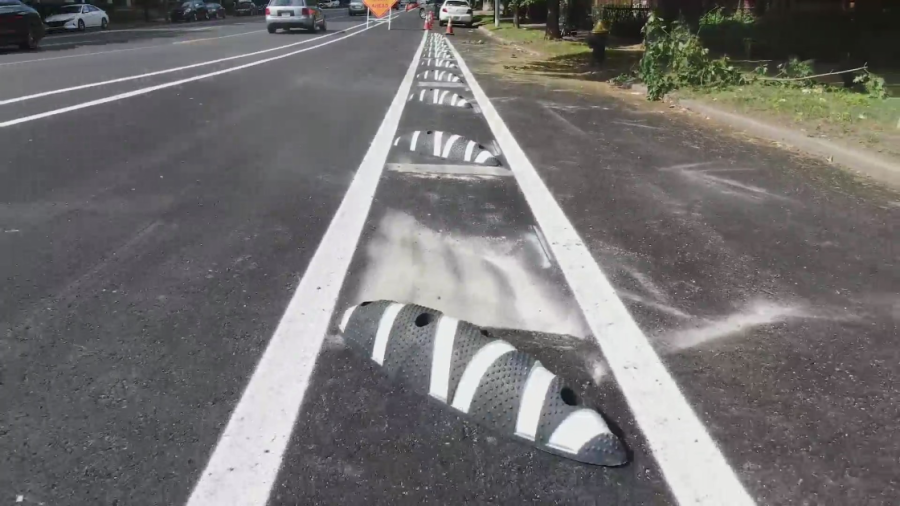 ST. LOUIS – The installation of Zebra® delineators along Union Boulevard in the city’s Central West End neighborhood began Wednesday. The black and white-striped devices are new to St. Louis. Officials say they are easy to spot and create a bump designed to keep bicycle and vehicle traffic separated.

“I think anybody who has ridden a bike in the City of St. Louis has experienced a close call,” said 28th Ward Alderwoman Heather Navarro. She rode her bike to examine the progress of the project Wednesday afternoon.

The 28th ward project is funded with money from a capital improvement fund available to each ward in the City of St. Louis. A city official said feedback from other cities using Zebra® delineators has been positive.

The installation of approximately 300 of the objects will continue in the coming days. The area includes both sides of Union Boulevard from Lindell to Delmar Boulevards. The installation is expected to take several days.

The plan coincides with a resurfacing project that allows for some changes. A designated bike lane will be created along the curb. The Zebra® delineators will separate the bike lane from a lane for vehicle parking.

“There are other places in the city where we have parking protected bike lanes but it’s still something that’s new,” said Navarro.

A city official said it’s possible Zebra® delineators could be used in other areas of St. Louis. The city will be evaluating the effectiveness of the project.