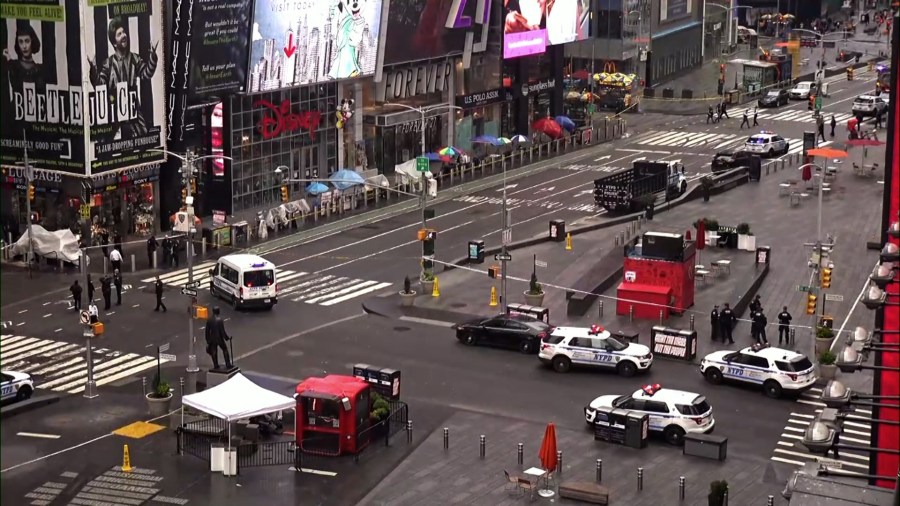 The victims were shot at about 4:55 p.m. at West 44th Street and 7th Avenue in Manhattan, authorities said. Police said both were shot in the torso.

The city noted that 7th Avenue is shut down between 43rd and 45th Streets until further notice.

The FDNY said that three civilians were taken to local hospitals, with two of them confirmed shot. Police would only confirm that the child was a toddler.

No arrests have been made. Police are investigating.