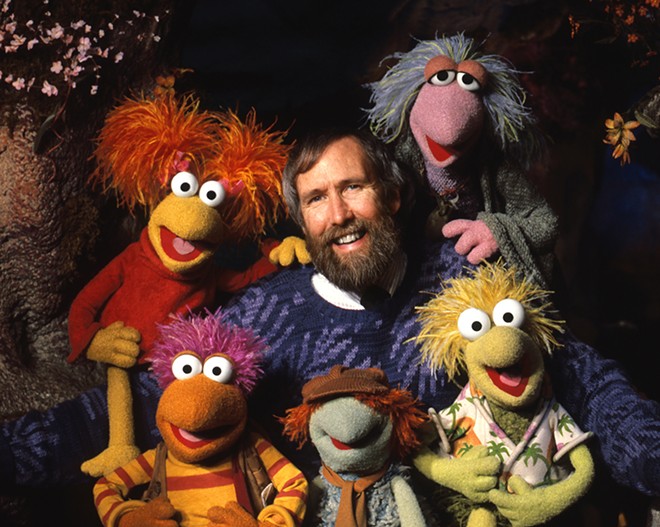 Submit your events to metrotimes.com/calendar.

Remember what it was like being legitimately busy? Well, you’re about to. Since 1984, the Ann Arbor Summer Festival has championed the performing arts via a four-week festival starting in June that offers concerts, art exhibitions, family-friendly activities, dance performances, and film screenings — and this summer is no different. Well, OK, this summer is a bit different, with the fest offering a variety of in-person and digital events throughout the U-M campus and neighboring parks. This year’s A2SF schedule includes pop-up neighborhood concerts, movies at Fuller Park, a theater installation that accommodates one audience member at a time, a community-based Indian dance event, and three ticketed live-outdoor fundraising concerts featuring Kishi Bashi, the Laith Al-Saadi Trio, and the War and Treaty. Additionally, folks can reserve private concerts from a number of participating performers. As for online events, this year’s A2SF will include the premiere of Theater in Quarantine, an interactive performance by Brooklyn-based 600 HIGHWAYMEN, and the second season of the A2SF podcast Stories from the Top. —Jerilyn Jordan

After a tumultuous restructuring last year — when MOCAD’s former executive director Elysia Borowy-Reader was fired for no cause following allegations of racism and workplace toxicity — the museum reopened with renewed intentions of centering local artists and artist of color under the astute guidance of senior curator Jova Lynne. Following the museum’s “Dual Vision” exhibit which featured 40 Detroit-based artists, MOCAD introduces its summer exhibitions which explore themes of identity, community, and racial equity. Among these collections are Well Wishes by Hamtramck-based artist Amna Asghar and Filling in the Cracks by St. Louis artist Damon Davis. Both artists pull from their repertoire of personal experiences to create imagery that represents them at their most vulnerable while offering the viewer a lens through which to contextualize their own identities. —Sara Barron

You can get a new look at six murals throughout Detroit as part of the Electrifly festival, which uses “augmented reality” technology via a smartphone app to bring the artwork to life with animations. The free festival, created by Ann Arbor-based BrandXR, kicked off last week. You just download the Electrifly app and scan the murals to view them. Participating artists include Hubert Massey at the Karasi Education Center in the Boston-Edison neighborhood, Ghostbeard and Patch Whisky in Eastern Market, Chris Dyer at the REEF Detroit and Tangent Gallery, Phybr in Greektown, and Armageddon Beachparty in Woodbridge. —Lee DeVito

Various locations; see ElectriflyDetroit.com to download the app and for more information.

After the last year, we’re clearly in desperate need of some major human connection. Thanks to an exhibit that could please the impossible balcony-dwelling, insult-hurling curmudgeons Statler and Waldorf, we now have an opportunity to make a “Rainbow Connection.” Cue the waterworks! The magic of the late Jim Henson, the groundbreaking puppeteer whose timeless work includes The Muppets, Sesame Street, Fraggle Rock, The Dark Crystal, and Labyrinth, is being celebrated with an immersive, interactive, and career-spanning exhibit. The traveling exhibition created by the Museum of the Moving Image in partnership with the Jim Henson Company, The Jim Henson Exhibition: Imagination Unlimited, has toured the globe and has brought a selection of artifacts from Henson’s career, including more than 20 puppets (Kermit, Jen and Kira from The Dark Crystal, and Sesame Street favorites Grover, Ernie, Bert, and Count von Count), as well as photographs, storyboards, film clips, and some of Henson’s earliest concepts. There will be interactive experiences, too, which will give visitors an opportunity to craft their own Henson character creation and put their puppeteering skills to the test. — Jerilyn Jordan

For those who didn’t get to see the Detroit Institute of Arts’ automobile exhibition, there’s more time. When the show first opened last November, it was originally set to end June 27, 2021. The museum said it’s extending the show into early 2022 as capacity restrictions loosen and more people become vaccinated. The show features 12 cars and more than 30 designer drawings, augmented by paintings and sculptures influenced by car culture. —Lee DeVito

At the Detroit Institute of Arts; 5200 Woodward Ave., Detroit; 313-833-7900; dia.org/detroitstyle. General museum admission is free for residents of Macomb, Oakland, and Wayne counties.