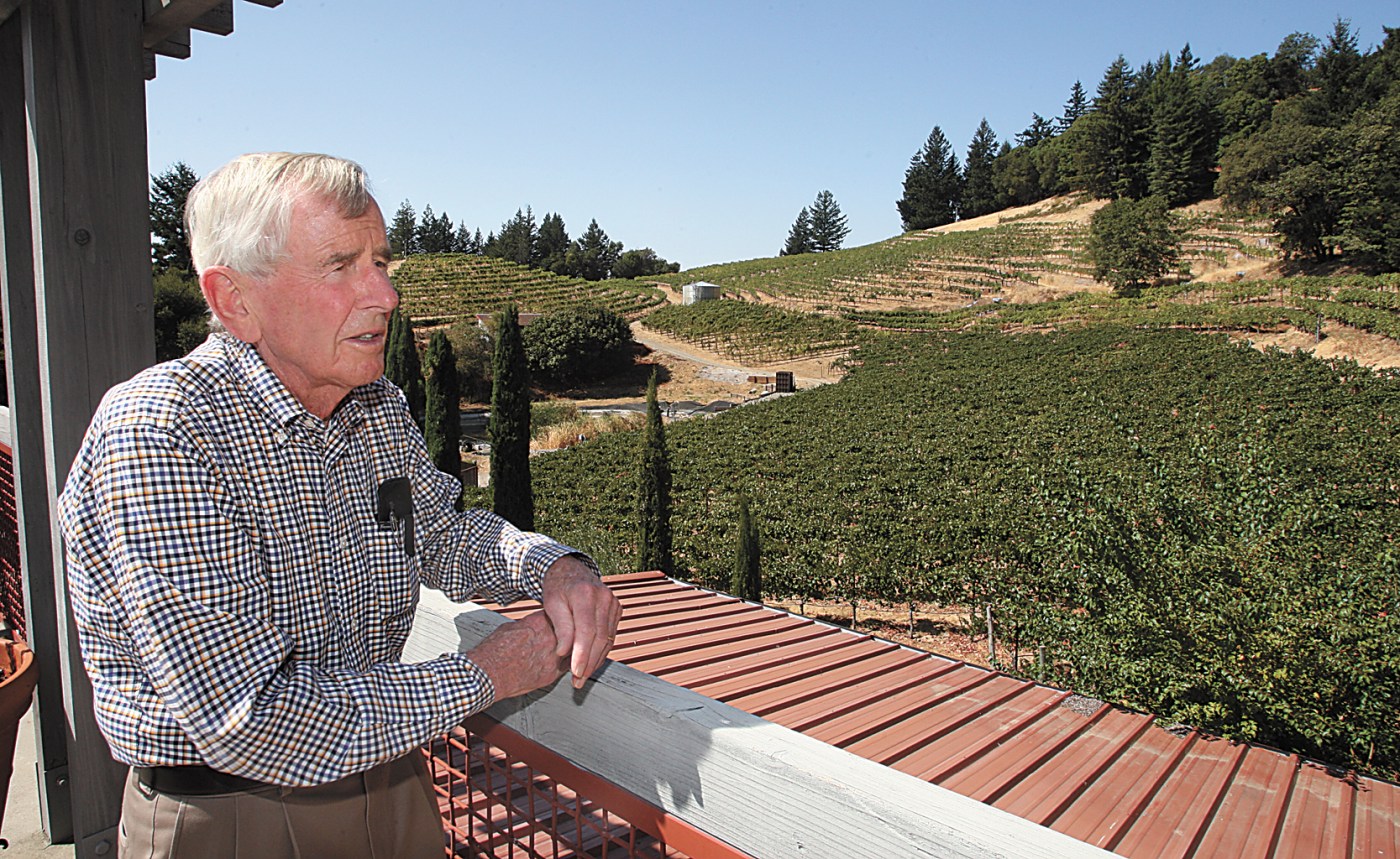 Medical student David H. Bruce was midway through Stanford when he discovered another passion that would consume his life.

He read about a fine French Burgundy, a 1954 Domaine de la Romanée-Conti, and found it in a wine shop.

“I brought it home and cooked dinner around the wine. Wild duck,” Bruce told the Bay Area News Group in a 2012 interview. “As I was drinking this wine, I imagined this mountain with vineyards and me walking through it.”

Entranced by the “spicy, floral aroma” of that wine, he found the land he envisioned, opened his namesake winery in the Santa Cruz Mountains and set about on his decades-long crusade to make and promote great California pinot noir.

His wife, Jeannette, the president of David Bruce Winery, and his sister-in-law Linda Hugger will continue his tradition at the winery, the family announced.

For his first 25 years as a vintner, Bruce juggled both winemaking and medical careers. Before opening his dermatology practice in San Jose’s Willow Glen in 1960, he was already making wine — 200 gallons from chardonnay and zinfandel grapes grown in the Santa Cruz Mountains. In 1961, he bought 45 acres of land overlooking the Pacific Ocean, planted vineyards and built a house and winery on the property. Three years later, David Bruce Winery released its first wines.

“He was a true wine grower,” said Prudy Foxx, a noted viticulturalist who first met Bruce in the 1980s, and a “modern pioneer” of pinot noir. “In France, they would call him a vigneron.”

In 1976, the winery’s reputation grew with its inclusion in the Paris Judgment, a blind tasting of French and California wines that resulted in a triumphant victory for this state’s wines. Although most of the dozen entries submitted — and the winners — were from Napa, the 1973 David Bruce Winery Estate Chardonnay, made from Los Gatos grapes, made the lineup.

Bruce talked with Mercury News wine writer Mary Orlin about tasting one of his remaining bottles in 2011. “The wine aged gracefully, and the palate was luscious,” he said. “An experience to behold.”

But he sealed his legacy with his devotion to pinot noir.

Foxx said Bruce’s background gave him a scientific approach to winemaking. First, she said, he found a “perfect environment” for the varietal at the 2,100-foot ridge on the coast. “He was one of the pioneers to identify that and begin to plant pinot noir here.”

Over the years, she said, “He focused on finding the best clones of pinot noir — different expressions of the same variety — that would bring out the best expression of the Santa Cruz Mountains terroir. He was constantly selecting which ones were producing the best quality fruit to make ultra-premium pinot noir, the most like Burgundy.”

Above all, he set the bar high for local winemakers, Foxx said. “Not only can we grow pinot noir, but we can grow world-class pinot noir. … He shared that inspiration with a lot of us.”

And he continued to re-set the bar for himself, even after his first 30 years in the business, with 30 more ahead.

When his 1990 Santa Cruz Mountains Estate Reserve Pinot Noir was selected by the Vintner’s Club of San Francisco as the best pinot in the country, Bruce told the Mercury News in a 1993 interview that he planned to devote more years to taming the pinot grape.

“Assume that I had made the greatest pinot noir ever made, then what would I do with myself?”

Besides his wife and sister-in-law, Bruce is survived by his sons from a previous marriage, Karli of Colorado and Barry, Dale and Dana of Grass Valley, and grandchildren.

Plans for a memorial at the winery will be announced at a later date.